Welcome to the June 2013 Edition of the HamSphere Newsletter!

Summer is here in the Northern hemisphere and it is a good time to make a DX Expedition or bring your handheld on your vacation. With the ever-growing Internet you can bring HamSphere almost anywhere. We are now available on the PC as well as Android and iPhone. We have a lot of stuff lined up for you, so here we go! 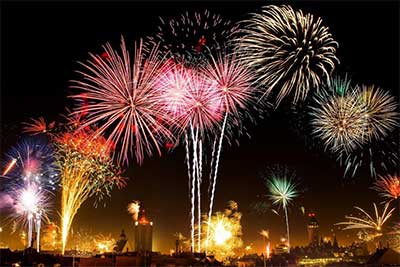 Three years ago we arranged the first 4th of July contest and this year we will hold the contest on the 10, 15 and 20 meter band. This contest will be a 24 hour contest between 06.00 UTC 4th July to 06.00 UTC 5th of July and with 1 point per QSO. Work each station once per band and get maximum 3 multipliers for all 3 bands and station.

Father's Day in 2013 is on Sunday, the 16th of June and HamSphere celebrates this with a 24 hour Fox Hunt.
The winners will as usual receive extensions on their subscriptions.

The Amateur Radio term "Fox Hunting" refers to another kind of Radio Direction Finding (RDF) contest, done completely on foot in large woods and parks. It's a map-and-compass sport similar to orienteering, with about a half-dozen "fox" transmitters to find in a period of two hours or so. Someday this sport, which is also called foxtailing, foxteering and radio-orienteering, may become an Olympic event. Meanwhile, it's a fun-filled activity for your Hamfests and Scout Jamborees. 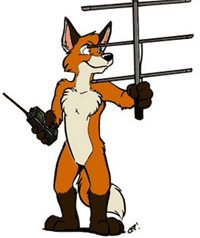 On HamSphere we can't do direction finding, but we can hide transmitters.
We have hidden 5 Ham Radio fox transmitters on all bands of HamSphere except BC.

Foxes are ID’d by: MOE, MOI, MOS, MOH and MO5. They all transmit with slow Morse code with 100 milliwatts so they can be difficult to spot if propagation is low. This particular hunt will be carried out Sunday 16th June 2013 00.00 UTC until 23:59 UTC and the objective is to log as many foxes as possible.

Please log UTC, QRG and Fox-ID in your logbooks. The Fox transmitters are moving around and use different frequencies and bands. There is a 1.5 sec carrier wave before ID to make it easier to spot them.

You can listen to a fox demo transmitter on 6210 kHz, Stockholm server #6. It transmits with 0.1 Watts every 15 seconds. 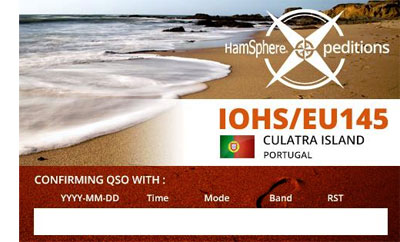 We have launched a new project called "Xpeditions" with its goal to enhance the DX activity on HamSphere. An avid DXer Santos, CT2EHF, runs the project. HamSphere has for a long time received requests for Island activations and Santos CT2EHF brought the concept up and presented a few ideas that we liked and supported.

HamSphere will not endorse, support or sponsor any other special activation call signs than the prefixes we assign for DX-Expeditions so please do not ask for special call signs for special events.

Our authorized "Xpedition" call signs will be very specific. We are starting out with the IOTA (Trademark of RSGB) "Island On The Air" concept. We will call this IOHS = Islands on HamSphere. Later on we may extend these DX-Expeditions to cover Lighthouses, Castles or other exciting fixed landmarks.

When it comes to awards we are still contemplating this. HamSphere's official line is to be very careful when it comes to issuing awards.
We will discuss this with the DX-managers. But as of yet we do not have any official info on the Awards in regards to DX-Expeditions - it is something that will come later.

Manager and Moderator for this forum is Santos CT2EHF.

Welcome to the HamSphere Xpeditions forum

HamSphere will start recognizing DXCC entities in the HamSphere 4.0 as of next year. DXCC or the "DX Century Club" is an award issued by the ARRL. It has a list of 340 entities (Countries and Locations). HamSphere's equivalent of DXCC is "DXHC" and we will extend our DXHC list from using ISO2 codes to recognize all 340 entities. As a preparation we have added a DXHC field to all accounts.

We will be determining your DXHC code by looking at the ISO2 code + IP Region code. The ISO2 code is a 2 digit alphabetic code representing your country. You will be able to see your DXHC code in your profile once it has been established. If you for some reason which to change your DXHC code you can use our Support board and ask for a change.

HS Operators do not have to change their call sign to reflect the new DXHC entities, however, they may if they wish change the HS prefix i.e. from 26HS to 108HS etc. But have in mind that once you change your call sign you will have to start with a new log book and new QSL cards.
Such changes can be ordered from our Support board.

Call signs on Ham Radio are never interchangeable and each call sign has its own entity and logbook.

Bronze - Master awards will be extended with a new award for 200 DXHC countries and above.
We are currently working on an African and Asian Award, which will be presented soon. 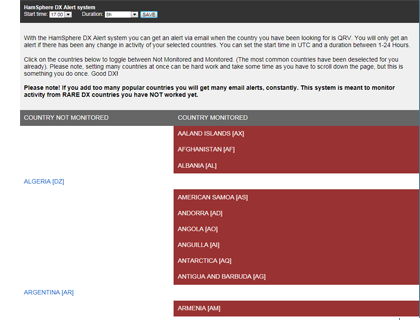 We have re-activated the DX Alert system. It was closed down for maintenance some time ago. You can set the system to watch for any DX that you have been looking for. The system will alert you via email if and when there is activity from that country. You will find the DX Alert system in the main menu of the HamSphere website once you have logged in.

Here is a crude outline of the upcoming HamSphere 4.0 module repository and it’s principles. HamSphere 4.0 modular rig is under development and will be tested during Q4 2013 with a beta launch Q2/Q3 2014. The operator will be able to build his own rig by dragging and dropping modules to the radio from the repository. There will be a variety of skins to select from. 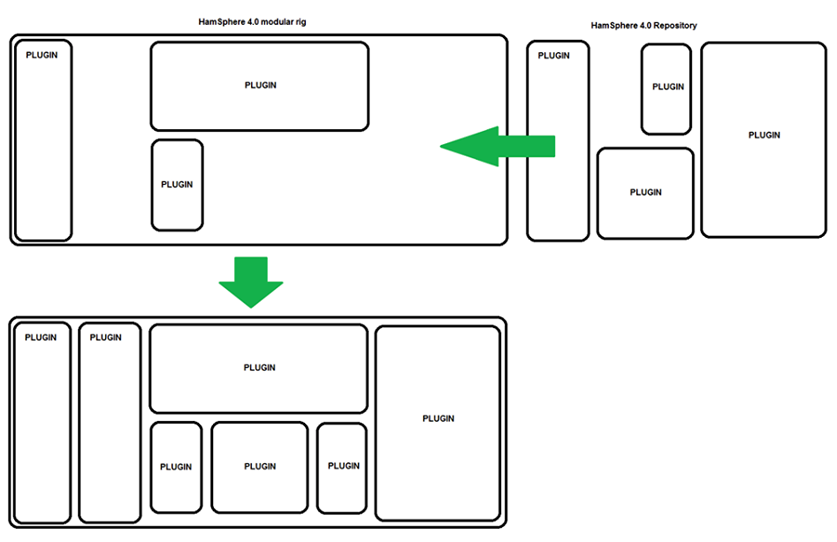 The new HamSphere API will be launched for beta in Q4 this year. The API allows the developer total control over the HamSphere Master Bus (HMB). In this example below we can see a "plugin" FIR filter that taps in to the bus and sends the audio to the mixer and finally to the speakers. The developer will have full control over all audio and control functions in the system, tapping in and out from the HMB. This opens endless opportunities for developers to write modular plugin modules. The developer gets access to basically all functions including screen output, which even makes it possible to make SSTV or Video plugins etc.

Licensed HamSphere plugin developers will be able to market and sell their plugins on the "HamSphere Plugin Market/Shop" with a commission. The API will be totally free and modules are written in the Java language.

We are currently extracting the different modules from HamSphere 3.0 and will offer the basic Transceiver including a standard set of plugins.

If you are keen on starting your own Ham Blog, please go to: http://www.hamsphere.net


How often must I identify?

This is a great blog post from KB4T - Frank.

How often must I identify?

HamSphere is a privately owned Internet entity. It is a simulation of the real ham radio world. No governmental regulatory body dictates how HS operators shall identify. There are no published rules in the HamSphere Manual about how often you must identify. Thus, common sense is the guiding policy here.

So…looking at identification with a HamSphere slant in comparison to real Ham Radio identification, it seems sensible to identify yourself:

b) When you want to clearly indicate which operator in a roundtable conversation is to speak next.

Did you know that you almost NEVER have to identify the other party or parties in the conversation during most of the chat?

When you want to pass the conversation to a specific operator in a group conversation: “…and that’s the story here. I believe it’s Bob’s turn now. 99HS9999, this is KB4T. Over to you, Bob.”

If there are only two of you in the conversation, it isn’t necessary to identify with every OVER. Just say, “Go ahead” or “Over to you” or simply “Over.” “…So tell me Bob, what’s the weather like over where you are? Over.”

If there are more than two people in the conversation, it is VITALLY IMPORTANT and top notch operator practice to clearly indicate who is next to speak: “It’s Bob’s turn now. Pick it up, Bob. Over.”

There is a peculiar practice being used on HamSphere that defies logic and is definitely not typical Ham Radio practice. Some operators will give their callsign followed by “responding to” and then the callsign of the party to whom they are speaking. This is confusing and contrary to typical ham radio practice. In the United States and many English-speaking nations, recommended practice when fully identifying both stations is to always give the other party’s callsign first followed by “This is” and then your callsign. It’s always best to give the other party’s callsign first, then yours.

Consistent, sensible, logical, standard operating practices are the hallmark of a top notch operator. Identify yourself when it makes sense to do so. Avoid over-identifying. Give the other operator’s callsign only when it’s necessary to do so. Set a good example for others and especially the newcomers to HamSphere by using standard, sensible identifying practices. 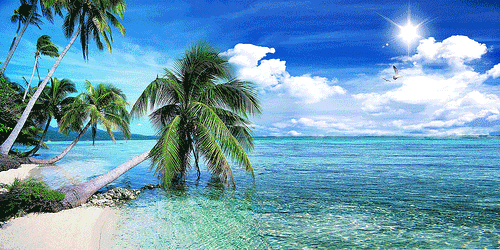 DX from the following countries have been heard over the past month.


Hello my name is Geert 13HS575 and I live in the city Ulm-S-Germany. BTW I come from the Netherlands but live since 1984 in Germany. I started using HamSphere 1.0 in 2008 and most of you don't know what a little and good program that was. Even Mourad 112HS101 and our good old VIC VE3JAR were even on HS 1.0. There was a little "break" between 2008-2009, but Kelly started up again after a lot of emails from users.... THANK YOU for that Kelly. And now we are on HS 3.0 and the HS 4.0 that is coming next year. But even HS 3.0 is GREAT software with LOGBOOK, sending QSL cards, Digital, Arts.... etc. I have been an admin on HamSphere for almost 3 years and I enjoy helping the stations especially from Germany, Netherlands and Belgium but even the rest off the world. I am an Administrator on the Dutch forum and help out on the Support and believe me, I have a lot of fun here. Thank you Kelly for this little piece of software, you make a lot of people VERY HAPPY. Regards to you all from Geert 13HS575 and 13HS555 Germany. 73

HamSphere has upgraded the server hardware using only 8 core Intel machines + 8 Gig memory. The latest addition is in Cologne, Germany. We have also upgraded the overall speed between all servers in the network. We have done these upgrades to enhance the performance and reduce the latency. 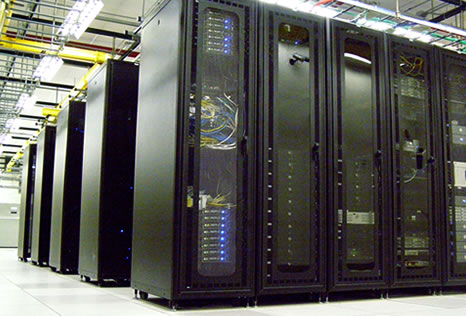 Don't forget to visit the Hamsphere Swag store! Pick up hats and t-shirts. 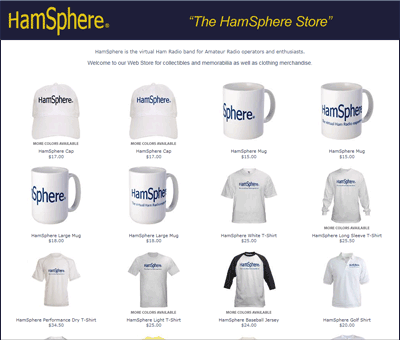 By using our Support Ticket System you can file a support message/question and you will have a reply within 24 hours.

The HamSphere annual subscription costs 30 Euro which is about $40 USD and includes all our features even the iPhone and Android apps. Click here If you are interested in subscribing to HamSphere and get all features


How do I get a new password? We get this question often.
Here are two links to fix this.

If it still doesn't work, please contact our support and we will manually give you a new password.

Thank you for all your Likes on FaceBook !!
And thank you to almost 3000 followers on Twitter. Super!!

Thank you for your continued Support.